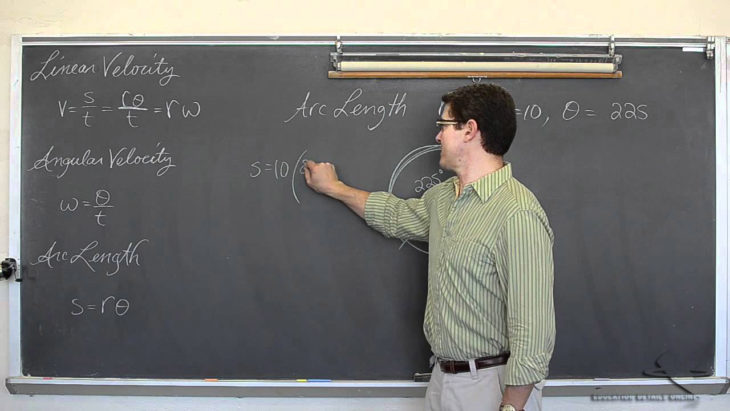 Rate of change of angular position of a rotating body is called Angular Velocity. Thus, just as in pure relation. All particles of body have same linear velocity at any in pure rotation.

Angular displacement is a vector quantity, provided is small. This is because commutative law of vectors addition for large angles is not valid, for small angles, law is valid. The direction of angular displacement depends upon sense of rotation of the object and is give by right hand rule. This rule states that if curvature of the fingers of right hand represents the sense of rotation of the object. The thumb held perpendicular to the curvature of the fingers represents the direction of angular displacement vector.

Angular velocity of an object in circular motion is define as the time rate of change of its angular displacement also Angular velocity is a vector quantity. Its direction is the same. When particle is rotating in anticlockwise direction, angular displacement is perpendicular to the plane of the paper acting upwards. You need to learn all formulas of it and have to learn it properly. Angular velocity and its relation with linear velocity:

Angular velocity of an object in circular motion is define as the time rate of change of its angular displacement. We know that in pure rotation of a rigid body about a fixed axis, every particle of the body moves in a circle. It lies in a plane perpendicular to the axis and has its centre on the axis. We have shown a rigid body in XY plane rotating about a fixed axis, the Z axis. A particle at a point P describes a circle with centre C lying on OZ. The radius of the circle is r, which is perpendicular distance of the point P from the axis. There are several points and formulas which you can choose to know angular velocity relation with linear velocity. You need to get proper knowledge about it and have to understand what it is.